A Friend in the Water is a project which acts to raise awareness about artists negative emotions which may lead to stress, anxiety or depression. Fear of failure, financial instability, loneliness, and pressure of constantly being able to create are key features of the emotions. The aim is to increase openness and sharing to reduce the negative effects. This is done by creating groupings in which artists share their experiences with each other. 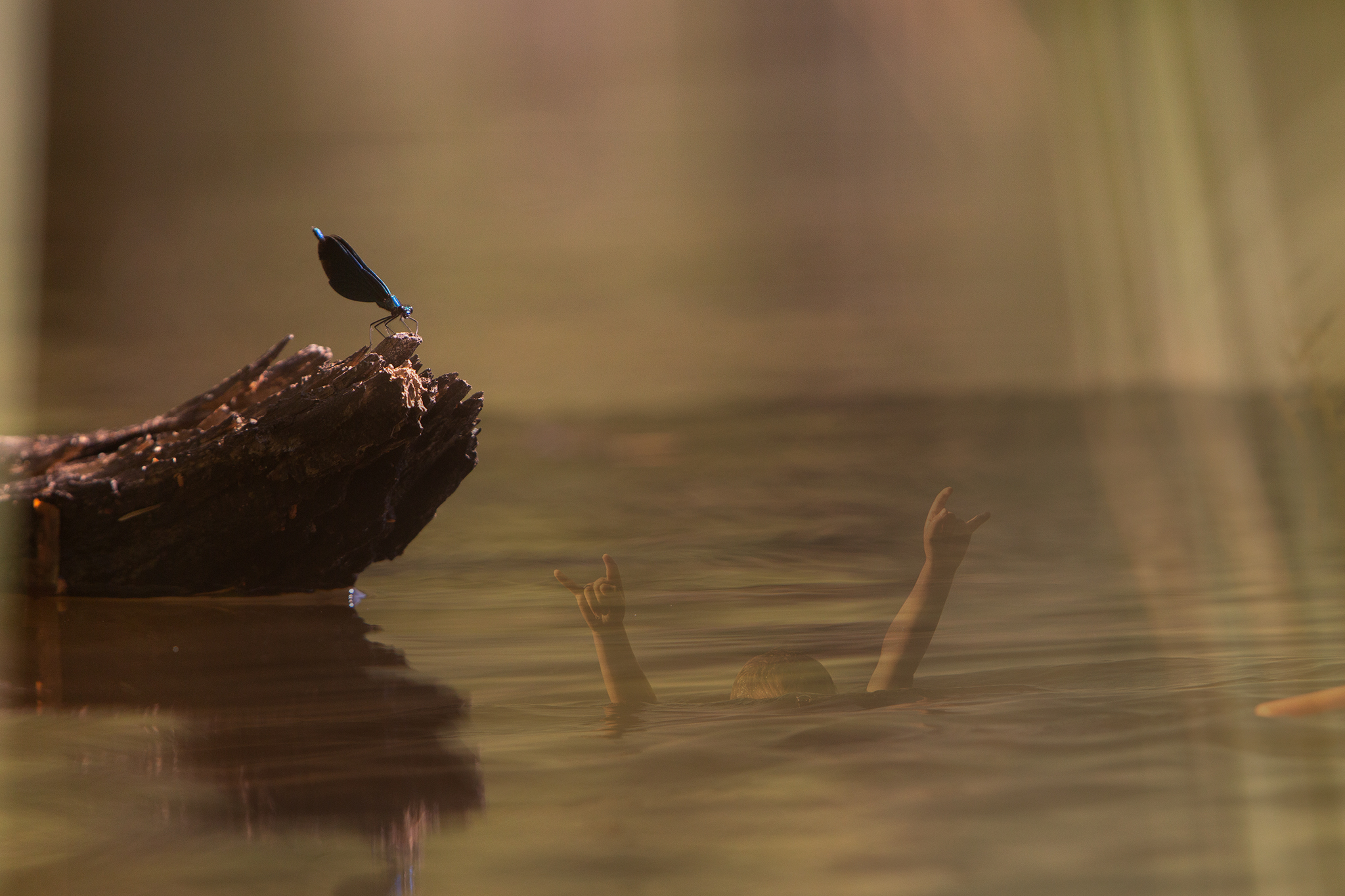 The motivation came up due to the 73 percent report which presented that 73% of independent music makers feel negative emotions. It was found that many artists have no opportunity to share their state since they do not have anyone to talk to. Therefore this project forms groupings. A grouping creates personal relations. The topic of grouping is about negative emotions (or closely related) and makes discussions about it natural. Artists gain trust which is built up by the collaboration and can get someone to talk to from the group, or any other person engaged in the focus given by A Friend in the Water.

The long-term aim is to create increased openness about negative emotions with artists (painting, music, actors, writers, etc). They face similar balance between low income and artist desire. This is causing a stress state.

We start with music makers perspective. That is achieved by gathering around a music making project. Recording is mainly by online collaboration. It makes the project implementation realistic and also a ground for broader impact. Songs are about negative states, or closely related, to make people open up and discuss the topic. Key aim is not the music, but to create exchange between music makers when realizing songs. From the pool of producers, musicians and artists (e.g. cover artwork) who engage, a grouping is made for each song. Each group makes own decisions about song context, and have a producer as organizer. Songs and activity are channeled through A Friend in the Water (available on Facebook here) as trademark, and that creates visibility.

This way of grouping was inspired by the successful Buurtzorg model in health care. In that, a team is gathered around a patient and his/her family. Team acts as generalists, and members have specialist background (competence). Team makes decisions, and position patient need to society system. The well-known gap between patient and societal system is decreased. The model has decreased costs by 40% and increased patients’ life quality.

A Friend in the Water was founded by Mikael Syväjärvi. He is a researcher in advanced materials, innovator and entrepreneur. He recently created a project for support of early stage innovators (read here, in Swedish).  The balance of life and music is an emotion that he reflected about in 2012. He had not done anything for many years. Excuses by too much work, family, etc made that he did not do anything even though he wanted. A limbo state. He started with an acoustic idea, wrote the first lyrics (below) and built up a home studio and internet collaboration as In Experience Project. In 2019 the 10 minute epic “State That I Am In” was released, and the musicians even made a video as collaboration with actors, and a script that musicians and actors wrote jointly.

Years passing by, grow slowly over me
I am complete if there is no change
Leave me here in the state that I am in
Fading to the ground